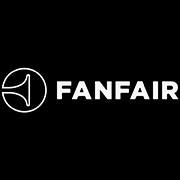 LONDON (CelebrityAccess) — FanFair Alliance, a coalition of music stakeholders seeking to foster fairness for fans in the secondary ticket market, has gained the endorsement of a slew of new companies.

The organization announced this week that ticketing companies Gigantic, See Tickets, Skiddle and The Ticket Factory have signed the campaign’s Declaration against online ticket touts.

“There is a clear trend emerging between those who want to tackle industrial-scale touting and those who profit from it, and we are delighted that Gigantic, See Tickets, Skiddle and The Ticket Factory have signed the FanFair Declaration. We will be encouraging more to come onboard in 2017. Working together, and with the right political support, our goal is to help re-calibrate the ticketing market to make it fairer and more transparent to fans,” said FanFair campaign manager Adam Webb.