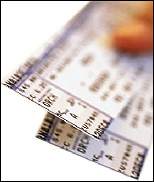 LONDON (CelebrityAccess MediaWire) — BBC Radio 1 has reported that Culture Secretary Tessa Jowell has ordered an official inquiry into ticket touts, and a group of MPs will investigate whether new laws are needed to stop people from getting ripped off when purchasing concert and sports tickets on the second hand market.

Some internet auction sites say people should what they want with the tickets they buy, but the Department of Culture Media and Sport has disagreed following several meetings with promoters and ticket agents to find a way to combat touting. The DCMS’s own consumer study found that ticket buyers in the main, although frustrated with touting, didn’t want legislation, believing that such a law would just be cover for the government to be ‘on the make’ in some way, according to eFestivals.co.uk.

Tessa Jowell released a statement, saying “I welcome the significant progress of the industry pursuit of protecting the fans.”

Glastonbury Festival organizer Michael Eavis has shown that systems can be put into place to combat touting if a promoter is determined to act against it, showing a genuine concern for the fans.

The government has already taken steps to prevent touts from controlling ticket sales at the London 2012 Olympic Games, outlawing touting of the tickets completely. –by CelebrityAccess Staff Writers