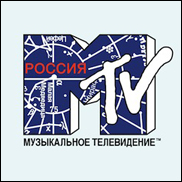 Young Russians will be offered programming that brings them the same leading youth bands as are seen on the channel's platforms across the world, VIMN said Thursday.

The move to globally-branded programming comes after VIMN takes full ownership of MTV Russia Saturday (June 1), giving it full editorial control. It is the first time since its launch in September 1998 that it has not been operated through a joint venture in Russia or under license to local partners.


The channel relaunches in high definition from October 1 and will feature a selection of local content alongside the best of MTV’s globally available programming dubbed into Russian, including "Jersey Shore," "The Hills," the all-new "Beavis and Butt-head" and the "Video Music Awards."


The station plans a talent search to discover a new presenter and "face" of MTV Russia to launch the channel.


“By taking full editorial and management control of MTV, we aim to strengthen its presence in the Russian market, which is a global priority for Viacom,” said David Lynn, executive VP and managing director, VIMN UK.


Viacom's move coincides with the findings of a two global surveys of more than 15,000 youngsters in 24 countries, The Next Normal and Comedy Across Border that found that 90 percent of Russians aged 18-34 said they liked watching US TV shows and 75% had a preference for British shows; 87% of the age group described themselves as "curious" about the world and 58% liked music programming and 38% reality TV. More than half of 15-30 year olds surveyed also went online after watching TV shows to find out more.