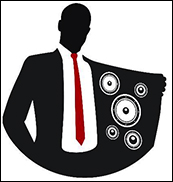 CHICAGO (Hypebot) – A music tech startup going out of business is often just another sad story. But Music Dealers raised big money and cut big deals. Now it's founder has moved on to a glitzy new startup co-founded with a former exec of the defunct synch licensing site's top former clients. The result: many artists are left without payment. Now. Music Dealers has responded.

Synch licensing service Music Dealers has shut down, and many artists that made music available through the site are crying foul.

Music Dealers launched in 2008, providing easy-access online song licensing to content creators and top brands including Coca-Cola, Sony McDonalds, Disney, CBS and HBO. In 2011, Music Dealers signed an exclusive deal with The Coca-Cola Company to be the brand’s global music partner. That partnership appears to have ended in 2015. music dealers logo

Earlier this year, Music Dealers founder and CEO Eric Sheinkop released a book on the ins and outs of music and branding – Return of the Hustle: The Art of Marketing With Music. But the rise and fall of Music Dealers began years ago.

Between 2010 and 2013, the Chicago and New York-based startup raised $9.25 million. Now Music Dealers is out of business; and founder Sheinkop has moved on, proudly touting the new shopping startup desirelist, which he co-founded with Judith Snyder. For 14 years, Snyder was an executive at one-time Music Dealer partner Coca-Cola.

UPDATE – A spokesperson for Music Dealers responded to our inquiry: "It is with a heavy heart that Music Dealers has made the difficult decision to discontinue operations. We are proud of all we achieved in our eight years in business and disappointed to be in this position. We remain hopeful and focused on finding a partner who will help revive Music Dealers and once again realize its potential."

While Sheinkop and Snyder may be off to their new venture, many of the musicians that made music available on Music Dealers are left without payment.

"After countless emails and failed promises Music Dealers failed to pay out $2600 to one of my artists," producer and manager Tyler Neil Johnson told Hypebot. "I went to email again…they bounced back… did a quick google search to find out they went bankrupt and their Facebook and Twitter had been deleted. It's just sad because a lot of artists like my client were never given any warning about this and will probably never see that money."

"I discovered my song had been placed by accident… 5 years later."

Online, other artists are sharing similar stories. "I joined in 2010. Then in 2011 the contract to one of my songs was amended (without my knowledge or consent)," wrote one songwriter. "Soon after that song was placed in an episode of the Netflix version of the TV show ‘Charmed’ as part of a blanket deal. I have only discovered my song had been placed by accident recently … some 5 years later. I have received no fee or royalties at all for this placement… When I contacted music dealers to find out more about all this, I was told the delay in royalty payments was due to the fact that the man who deals with the CBS cue sheets had passed away, so the paperwork was stalled (for 5 years?)."

Since the status of the company is unclear, songwriters are unsure of who controls their compositions.