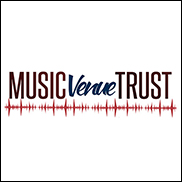 LONDON (VIP NEWS) — The Music Venue Trust is to chair the London taskforce set up by the Mayor Boris Johnson to look at the steps the city can take to protect its network of live music venues.


The Mayor announced the creation of the capital`s first Music Venues Taskforce earlier this year following the threatened closures of a number of high profile venues.


"Live music is part of the soul of London and live music venues have been critical to the development of artists who have gone on to become conquering global heroes," he said. "They are where we hope to produce not just fantastic music now, but the next Rolling Stones, Clash, Adele, Ed Sheeran, or Sam Smith.


"Music is an essential part of our city and the job of the Music Venues Taskforce will be to ensure London can support a wide range of venues across the capital and protect its status as the music capital of the world."


The Music Venue Trust was set up last year in a bid to protect, secure and improve the UK`s grassroots circuit music venues.


"This is a great opportunity to really take an in depth view of these issues and lay out practical steps London can take to ensure it continues to be the world leader for live music," said the charity`s CEO Mark Davyd. "We hope that by creating this taskforce London can lead the way in developing sensible, balanced policies that really help to protect and support venues and can be an example to the whole UK."


Other members of the taskforce include UK Music and the Musicians Union, while Frank Turner has been appointed as a special advisor to the panel. The group`s first meeting is due to take place on March 27, with a report to follow later this year.