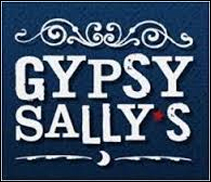 SALISBURY, MD (CelebrityAccess Mediawire) College students who want an occasional escape from the demands of academic life should take a look at a newly-launched article about college town music venues. The website for Great Value Colleges recently published an onsite profile of 20 Great College Town Music Venues across the United States. The article provides an adjunct to the website's comprehensive collection of informative resources that are intended to help students find the best value in higher education.

The 20 music venues were chosen primarily for their proximity to popular colleges and universities, and author Gabrielle Kratsas also considered positive reviews on Yelp and any awards won by the venues. The article highlights a number of world-class musical venues that happen to reside in college towns, and the locations are numbered but not ranked in any way. The purpose is to demonstrate to prospective college students the value of nearby, off-campus entertainment options.

Typical of the article's entries are the 40 Watt Club near University of Georgia in Athens, Georgia, and the Greek Theater near University of California in Berkeley, California, both of which regularly play host to A-list musicians. Several of the article's hottest music spots are also endorsed by "Rolling Stone" magazine, including the Bowery Ballroom near New York University in New York City, which is considered a "must-play" space for musicians on the way to the top.
To see the complete list of 20 Great College Town Music Venues along with a photo and description of each venue, go to this URL: http://www.greatvaluecolleges.net/20-great-college-town-music-venues/.

Following are the 20 best music venues in U.S. college towns as presented in the article:

12. Hole In The Wall: University of Texas in Austin, Texas


About: Great Value Colleges provides helpful information for students seeking good value in a college education. The online guide contains researched-based articles and rankings for U.S. colleges and universities as well as money-saving tips and links to scholarships and resources for financial aid.