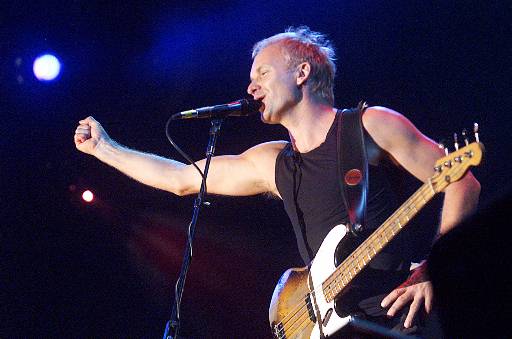 UK/USA: Artists across the music industry have paid tribute to the victims of the US terrorist attacks on Tuesday. Sting, who was to perform live via a webcast from Italy, announced he was not to play a full concert. According to reports, the star performed just one song, Fragile, before asking for a minute's silence.

UK indie band The Charlatans have cancelled their planned US tour. A spokeswoman for the band said they had been due to fly to New York on Wednesday.

Britney Spears, who is now in Australia after being en route there at the time of the attacks, said she was dedicating the trip to the victims of the tragedy. The singer also issued a press release, published on her website, expressing her sympathy.

Tickets to the forthcoming U2 concerts that were scheduled to go on sale this weekend have been postponed. According to the U2 website the concerts, which were set to begin in Indiana in October, are still to go ahead.

Pop band Hear'Say asked fans to observe a minute’s silence for the victims at the start of Tuesday's concert at the London Arena. "Our thoughts go out to the people who have the heinous task of finding the terrorists and bringing them to justice," said singer Mylene Klass. The five singers, who were brought together by the ITV show Popstars last year, bowed their heads during the silence.

Wednesday nights BMI awards ceremony, at which Pete Townshend was due to be honored, has been postponed.