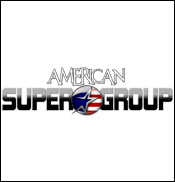 The show, if picked up by a network, will conduct "nationwide" auditions and select a total of 48 candidates who will then compete for six slots in the band. After rounds of elimination to pare the group down to size, the surviving contestants will live and rehearse together while competing for a billet in the final makeup of the purported supergroup.

According to Deadline Hollywood, the project includes veteran manager/label exec Glen Parrish of Azoff, Geary, Paul, Smith Management to handle management for the group and talks for touring have been underway with Live Nation and CAA has been tapped to package the whole affair.

"Having been around such great acts as the Eagles, Chicago, Journey, and Fleetwood Mac over the years, I am thrilled to be involved with American Supergroup and to be on the road to what could be the formation of the next great American band," Parrish told Deadline.

American Idol, the grand dame of music competition television continues to trundle along. Now in its 11th season, the show continues to post solid ratings with more than 21 million viewers tuning in for the season opener. Overall however, the show's ratings have been in decline since topping out at 37.4 million in 2007. Other musical shows such as "The X Factor" have found less traction. While “X Factor” still posted solid ratings and was often the #1 rated show in its timeslot, it has yet to achieve the popularity of “American Idol” rarely attracting more than 12 million viewers a night. – CelebrityAccess Staff Writers