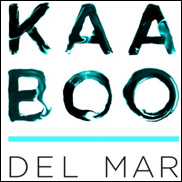 SAN DIEGO (CelebrityAccess) — San Diego has landed a new festival for 2015, with the debut of the KAABOO Festival, which is set to take place at the Del Mar Racetrack from Sept. 18-20.

Produced by Horsepower Entertainment, the festival will feature performances by more than 100 musical acts on seven stages with internationally known headliners, established favorites and emerging artists, however concrete details about the lineup have yet to be announced but are expected in February.

As well, the festival will offer a variety of options for the culinarily inclined, with both celebrity and local chefs from restaurants in the region on hand, as well as wine selections from vineyards throughout California, craft breweries from top markets including San Diego, craft distillers in various categories, mixologists and more.

The festival will also include a dedicated comedy stage with a seating area and what is billed as a unique afterhours dance party. – Staff Writers