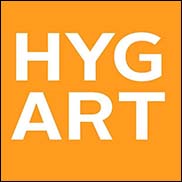 NEW LONDON, CT (CelebrityAccess) — The Planning and Zoning Commission of the City of New London has signed off on a plan for a local art collective to build an amphitheater at the Hygienic Art Galleries and Art Park in the downtown area of the city.

According to the New London Day, the $300,000 project includes a covered audience area that would allow the arts group to substantially increase the number of performances they stage annually.

To be called the Frank Loomis Palmer Amphitheater, the project is planned to start construction next September and is not expected to interrupt the art collective's summer lineup.

“Providing opportunities to emerging artists, both visual and performing, is crucial to keeping the creative spark alive in this community,” Hygienic Board President Vincent Scarano said in a statement. “The amphitheater furthers the sentiment by allowing more opportunities for performers and visitors as well as opportunities for community stage partnerships.”