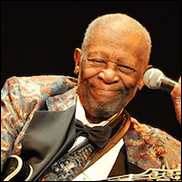 LAS VEGAS (CelebrityAccess) — Despite numerous media reports of an active homicide investigation into the death of B.B. King, Las Vegas Metro Police today said that there was no such investigation underway.

Rumors of the investigation were sparked by a pair of identical affidavits by two of King's children, Karen Williams and Patty King, who both alleged that King was poisoned by his two longtime business associates, business manager, LaVerne Toney, and his personal assistant, Myron Johnson.

However, none of this appears to be accurate.

In a press statement released on Monday, a spokesperson for Las Vegas Metro Police said: "Until such time as the Clark County Coroner determines Mr. King's death to be from other than natural causes, the Las Vegas Metropolitan Police Department is NOT moving forward with any investigation."

An autopsy of King was performed Sunday. Test results will take up to eight weeks to obtain, Clark County Coroner John Fudenberg told the Associated Press. Following the autopsy, Fudenberg released a statement saying that was no immediate evidence supporting the murder allegations.

LaVerne Toney had previously been accused by King's daughters of elder abuse and of stealing large sums of money from King's bank accounts, but subsequent police investigations found no reason to remove power-of-attorney from Toney. She continues in her role as executor of the estate. – Staff Writers