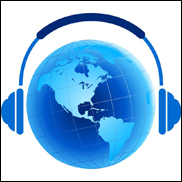 (Hypebot) – Although music streaming is getting the biggest headlines these days, recent research from MusicWatch, a company providing consumer research for the music industry, indicates that consumers have not entirely given up on paid music downloads. In fact, one third of U.S. consumers purchased music downloads last year.

According to recently released data from the Recording Industry Association of America (RIAA), paid downloads accounted for 37 percent of U.S. music revenues, while streaming contributed 27 percent.

“As the market leader, Apple bore the brunt of the drop in download sales, but iTunes still has tens of millions of loyal, paying music customers,” said Russ Crupnick, founder and managing partner of MusicWatch. “Armed with a strong iOS product lineup and the potential of Apple Pay, the company is well positioned for its anticipated music-streaming service re-launch.”

In fact, iTunes music revenue share among iPhone users is 71 percent. Even among Android smartphone users, iTunes garners a 34 percent share, which is higher than Google Play at 20 percent. At a time when the smartphone is the go-to device, many Android phone users still use their computers to buy digital tracks from iTunes.

On the streaming front, MusicWatch estimates that there are now nearly 130 million music streamers, using both audio- and video-based services. “If the trends continue through 2015, streaming could surpass paid downloads as the largest revenue source for the U.S. music industry,” said Crupnick.

The top services ranked on past three-month usage are as follows:

Methodology note: The data referenced in this press release is from the MusicWatch “Profiler Report,” which was released in March 2015, and from the “Music Acquisition Monitor” that is scheduled for release in April 2015. The “Profiler Report” surveys more than 7,000 U.S. consumers, and the Music Acquisition Monitor samples 5,000 U.S. consumers. – Guest Post from MusicWatch Blog