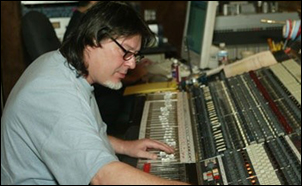 
That's what they don't tell you when you're younger, that you're lucky to make it to old age intact. You think you're healthy and then you're not. But the real story is mutations are plentiful in your body and as time goes by you wear down like an old car. You may love your Accord, but after a couple of hundred thousand miles even Hondas fall apart, you need a new transmission, you need new bearings. But unlike automobiles, most people parts are not replaceable. Wanna know why your favorite band can't reunite and tear it up like it used to? Because someone didn't survive and those who are left…half of them have health issues. It's worse if you're a musician, the wear and tear of the road, the abuse of the system, but it's true of all of us. That's one thing the youth have over the old, their health. My dad used to ask me about my health every time we spoke. I didn't get it, I took my good health for granted. If only the cancer hadn't cut him down at the young age of seventy, then I could call him up and say YOU'RE RIGHT, I FINALLY UNDERSTAND!


Andy Johns had the misfortune of having a relatively pedestrian name compared to his older brother Glyn. Come on, you remember Glyn, but Andy?


But when you go through his credits, you'll be absolutely wowed.


But it's also about sound!


Andy Johns engineered the heaviest track of all time, Led Zeppelin's "When The Levee Breaks." Listening on headphones is like being hit over the head with a sledgehammer, but it feels so good.


And then there's Jethro Tull's "Stand Up." I don't know why Ian Anderson's band has been maligned and forgotten, true aficionados consider the debut the gold standard, but I always loved this, the follow-up, best. It sounds like it was cut on a dark foggy street, straight out of Sherlock Holmes. It's a classic from start to finish, but I especially want to point out the closing cuts on both sides, "Look Into The Sun" and "For A Thousand Mothers." I can hear the sound of the former without listening to it! Right now it's playing in my head! It's as if it's only the music and you… It takes an engineer to get it right.


And how about "The Stealer," by Free? Almost nobody knows this positively classic recording. It's power and sex and sound all wrapped into one. If I do nothing else but turn you on to "The Stealer" with this missive, my mission will be a success.


The list goes on and on, from "John Barleycorn" to "Stephen Stills" to Eric Clapton to Blind Faith to the Rolling Stones…


This guy was there.


And I've got no idea what killed him.


And I didn't even know him.


But his music? That's part of my DNA!