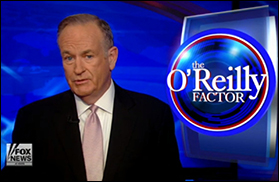 No one is bigger than the system.

You may think you rise above, that you're better than the rest of us, know more, are entitled to more, but that's not true. Furthermore, the nature of human beings is they want to tear you down to their level if they think you've gotten too big for your britches.

Bill O'Reilly lost contact with the working man, the same person he said he was speaking to in his show. And what a show that was, one in which he said he slung it straight, but if you disagreed with him you couldn't get a word in edgewise and were labeled a nitwit. Do we blame O'Reilly for our present national condition, one in which facts don't matter and rational discourse in search of truth is out the window? Yes, along with the rest of the right wing blowhards who should realize if you live in a glass house, you shouldn't throw stones.

Like Rush Limbaugh, who lost his hearing from overusing opiates after denigrating drug addicts. Turns out right wingers O.D. just like Democrats, but for a long time the Republicans did not agree, not until their kids started dying and they became compassionate. And expect them to come around re global warming and gay rights and so much more. That's right, Democratic/left wing principles win in the end, because they're people-oriented as opposed to money-oriented, they're more about love than hate. Did you see the WaPo story saying Trump voters pulled the lever because of racism? I believe that, hell it even exists in the institutions of higher learning, wherein Asians are excluded. You work hard to get ahead and then those in power don't like it, they want to keep you down. And Bill O'Reilly, despite constantly saying he was defending the little man, was doing anything but.

What do these people want?

To exorcise the government from their lives, to eliminate taxes so the corporations can rape and pillage with no restrictions, not worrying about safety whatsoever, so you can sit on your porch self-satisfiedly believing you're free, come on.

Yup, that's the truth. Send me all the hate mail you want.

Of course the issues are complicated. The left wingers agitating for bringing manufacturing back to the U.S. are delusional, no one wants to pay 3k for a flat screen and the truth is most of the jobs go to robots anyway. And isn't it funny how Trump has picked up this call, all this America First garbage, not knowing there's no such thing as an American car company, that we live in a global economy no matter what you think.

But all over the world the downtrodden, the losers, are up in arms. The uneducated want to return to what once was. And I ask you how good that era was, when African-Americans were second-class citizens and automobiles had no safety features and the government was not making sure drugs were safe. Yup, that's where I want to go back to, the fifties, when whites ruled, smokers died and tobacco companies denied the harm of their product with impunity. Who turned things around? The denigrated tort lawyers and the government.

So we do have a problem, with automation putting people out of work, that needs to be addressed, but not by giving paeans to coal while retail workers are losing their jobs in droves.

Fox News was the anti. A home for all those left out along with the corporatists trying to shore up their fortunes. For years the left wing was decrying bias, despite the head-turning slogan that the outlet was fair and balanced.

Blame Rupert Murdoch. Who has done so much to ruin this world. He bought the "Wall Street Journal," the business newspaper of record, and turned it into the editorial page 24/7, eliminating the business coverage and injecting biased news coverage, albeit brief. He created the right wing alternative, but since he's rich he's untouchable. Actually, one of the reasons they fired O'Reilly was because Murdoch wants to own all of Sky and he's worried the British won't let him.

Sky? You don't know what that is?

I'm not gonna tell you. Other than to inform you it's your duty as a citizen to be informed, all the information is at your fingertips. And you've got to read left and right. And the "New York Times" prints the best of both every day, just go to their app, but the "Times" has been neutralized by the right wing naysayers and you're not gonna hear a contrary voice on Fox News, ain't gonna happen, unless it's some apologist wimp like the recently departed Alan Colmes.

Society is shifting. Used to be you had two drinks at lunch, when was the last time there was alcohol at a business meal, I haven't seen it before six o'clock. And gays can get married. And sexual harassment is a no-no. Not only amongst left wing women, but all women.

And what's worse, like Cosby, O'Reilly was a serial offender, in a workplace where if you spoke up you got fired or your path to the top evaporated. But then Gretchen Carlson spoke up, it's the rugged individuals we depend upon to right the ship, and after being labeled a no-goodnik gold digger opportunist other women came out of the woodwork, it turned out what she was saying was true.

And then Fox lost Megyn Kelly, who was afraid her future would be affected by the boys club atmosphere and that's what we've been fighting since the sixties, the boys club. One wherein where you went to school who your parents are what teams you played on and who you know trumps every other attribute. No wonder women couldn't triumph, they weren't born with a penis, they couldn't snap towels with the guys in the locker room.

And this atmosphere still exists, we've got oh-so-far to go. To the point where men need to learn to self-check, to say no, to escape the groupthink and do the right thing. Al Campanis was sacrificed at the altar of racial equality and now Bill O'Reilly is being sacrificed at the altar of sexual equality. Sorry, it doesn't matter that everybody else is doing it, NOBODY SHOULD BE DOING IT!

Credit the younger Murdoch generation, who are going to inherit the monolith, they saw that O'Reilly was tainting the brand, and today the brand is everything.

The brand supersedes truth, you believe in the corporation because the individuals have become shills for it. Whether it be musicians selling out to the highest bidder or workers afraid to unionize for fear they'll lose their jobs.

Everybody in America is afraid, except for blowhards like O'Reilly, who believe if they just yell loud enough they can win.

Just because you raise your voice that does not mean you are right.

But maybe no longer.

O'Reilly is a footnote. He's already in the rearview mirror. No one's gonna give him a platform. Because it's one thing to spew hate, it's another to live the hate, to be a sexual harasser, speech is cheap, actions have costs.

So, so long Bill O'Reilly. You outlived your era, the internet and the media revealed your heinous behavior, you can't hide the facts in today's world.

You're the poster boy for everything that's wrong with this country. And now you've been sidelined.

Will you admit your fault? America loves a repenter, embraces him or her with open arms.

But that would require you to take a long hard look in the mirror, see that you're part of the problem as opposed to the solution.

We're all in it together folks. The sooner we can all agree on the same facts and come to conclusions that truly benefit us all, or at least the majority, the better.

But no, we live in a world of chaos, where those who do the work every day are eliminated from the equation and having brains and being fair are faults, not attributes.

The "New York Times" has the most boots on the ground. It bends over backward to be fair, even if it occasionally fails, hell, it even has a public editor looking out for the reader, but in a world where ignorance is king, where those with power want to keep it, the uninformed are kept that way, through subterfuge and bread and circuses.

But not today. Today the "Times" brought O'Reilly down.

Chalk one up for the good guys.