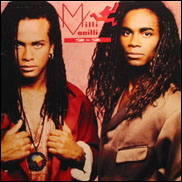 So it all comes down to a pissing match. If you think this sale has anything to do with music, you probably believe Milli Vanilli sang on their record.


Doug Morris is pissed he got squeezed out. I'm with him on this. He was doing a great job at Universal. The business hoi polloi bitched that Steve Jobs didn't pick a successor, but when the time came the transition was clear and easy. The same transition could have happened at Universal. If Doug became sick or feeble, then the reins could have been handed to Lucian. Or if Lucian walked, someone else. With the consolidation in the business, there's a plethora of executives who could do this job, maybe not quite as well as Mr. Morris, but as well as the remaining candidates.


Furthermore, the age of retirement no longer makes sense. People live into their eighties, nineties, hundred year old people are trumpeted in the news all day long. And even though he's finally headed for the sunset, no one could argue that Clive Davis did a worse job running a record company in his seventies. Doug should have been able to keep his gig.


But he got squeezed out. And now he's looking for revenge.


And he relishes this. And he's done it once already. Experience counts. Once upon a time Warner was the music power, but along with Edgar Bronfman, Jr., Morris made it Universal. Give both men credit for this…then again, it's easy to buy market share. Back when market share counted, when it kept your distribution pipeline full.


Sony is a disaster. The infighting resembles the plot of an old English novel. So Doug takes over and is in total control, remakes the company in his image. But that's not enough, he's got to put a stake through Universal's heart, he's got to prove to Vivendi that it made a mistake.


So Doug takes Dr. Luke off the table. As for producers running labels, it didn't work for Rick Rubin with American nor did it work for David Foster with 143. It's a bad paradigm. But this deal comes with a bonus, it hurts Sony's competitors.


But that's not enough. Now Doug's got to steal Big Machine. Scott Borchetta is a force of nature, he's got the hottest label in the country world. He controls Taylor Swift. Who is the Adele of Nashville.


And did you notice that Adele was on Sony?


As a result of Susan Boyle and now Adele, Sony rivals Universal in market share. This can't be says Lucian Grainge! Universal needs to be king!


Even David Geffen knows you play for the long haul. Mr. Vindictive operates like the Mafia, which famously knows when to strike, not when you expect it, but when you aren't looking. Susan Boyle was a fluke, Adele won't have another album for years. Universal is packed with active artists. Sony needs to rebuild. Exactly what war is Lucian Grainge fighting?


Which brings us back to Steve Jobs. Who famously brought John Sculley into Apple and then discarded him, claiming he was the wrong guy. It's starting to appear that Lucian Grainge is the wrong guy, he's no match for Doug.


Meanwhile, Blavatnik and Cohen want no part of this. Music is a business, and it makes no sense to overpay. Teddy Forstmann always knew this. Lucian Grainge wins by overpaying, now what?


And speaking of Warner, they're nimble, they're privately held, they're fighting to establish a new paradigm. Warner is 360 and is the most innovative thinker in the mainstream business. Doug believes a hit will solve everything. This is like RIM believing a new OS will save BlackBerry. Let's just say there's a cool, new operating system and sleek phones…where are the apps? Apple was marginalized in the eighties because everyone wrote software for the PC. In an era where recorded music revenue is low and isn't destined to bounce back, what is Doug's plan to make money? What is the new paradigm? Where is the brilliant thinking? Steve Barnett is a manager with sharp elbows and L.A. Reid is famous for overspending. It's like staffing the modern Yankees with survivors of the 1961 club, but it's worse, the game has changed. Imagine having Whitey Ford pitching underhand with a softball, Yogi Berra being unable to wear protection. The rules of the music industry have changed, yet we see no evidence that Sony is prepared for this.


As for Universal… Vivendi is clueless. They don't even know what the new game is. Instead of selling the asset, which they should have done long ago, they've now doubled down. This is like convincing Apple to buy a coal mine. There's no synergy at all. And instead of getting out, the managers insist on buying another coal mine. Huh?


But it gets worse. IMPALA is gonna scream bloody murder. The European commission handling mergers has changed in composition, the odds of approval are higher. But the damn Union can't figure out monetary policy, do you think there's going to be rubber stamp approval of this merger, with so many entities complaining? Look at AT&T and T-Mobile. If there ever is a merger, which is doubtful, it's going to go down eons after the originally projected date. And the wireless sphere is changing every day. As is the music business.


And Universal is saddled with the asset. If it can't get approval in Europe (the U.S. should be no problem), they've got to turn around and sell assets…in a depressed market!


As for the publishing… Revenues have been good. The deal is close to making sense. And risk is spread. And suddenly, Marty Bandier is king again, he's back in control of what was once his.


But this just shows the idiocy of Universal. What did you buy? The Beatles and the Beach Boys? Catalog sales are declining, the music is aging. Where's the upside?


This is a banking story. It's got little to do with music.


Music is a nimble art form controlled by the younger generation, which zaps bits and bytes around the world in an unfettered fashion. The major labels are all about control. We live in an era of chaos, they're unprepared. There's no reason a new act should sign with one of these behemoths. Which is why they're fighting for the fruits of the old.


Would you pay attention to a battle between IBM and Smith Corona over typewriter sales?


Then why should you care about this?


Unless you're working for one of these companies, or your rights are controlled by them, it's irrelevant. They don't control distribution and they think they have all the answers.


The new world is up for grabs. You need nothing to start a new company, to sell new music. Which is why I believe they should let this merger be approved. Let these antiques bury themselves.


But you've got to pick up the new tools, you've got to reinvent the business. The old players have no solutions. He with the new ideas will win.


And the new ideas will come from brash entrepreneurs akin to Jerry Moss and Chris Blackwell, Terry Ellis and Chris Wright. Richard Branson. The opportunity is staggering. And someone we don't know the name of will end up surprising us, with a twist on the whole game, just like Mark Zuckerberg did with Facebook.


Music monetization is being revolutionized. The EMI recordings don't come with touring revenue or merch. The purchase has none of the strings attached that will generate new revenue tomorrow. This is like a loser at the craps table doubling down. It's sad.