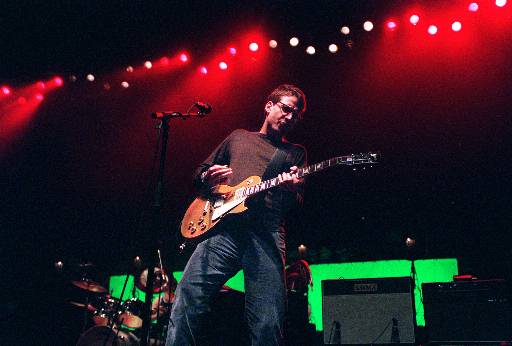 (CelebrityAccess News Service) – Pearl Jam is no longer under contract to a record label having fulfilled its commitment with
Epic Records last year with the release of its seventh studio album "Riot Act."

" Now the band — a group that sells more than half of its CD's outside the United
States, according to its manager Kelly Curtis — is considering myriad options for future
releases," reports the New York Times.

Pearl jam is playing around with a mixture of a few possibilities, including signing with a
major label in some countries and with independents in others while releasing albums
themselves in the United States.

"I've been trying to look at it almost like a restaurant, where I'm picking each country and
choosing what we need off the menu," Curtis says. "Theoretically, if you're cutting all these
separate deals, you'd be carving out the best possible scenario in each territory from both a
business and artistic perspective."

Pearl Jam is also selling recordings of each concert. as fans can download MP3 files of
the songs from the Internet within six hours of a show's end. Finished CD's, manufactured by
Epic, are available within a week or so and are primarily available to order online.