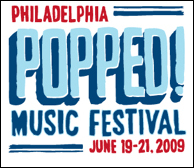 PHILADELPHIA (CelebrityAccess MediaWire) — A Philadelphia promoter has filed a lawsuit against Live Nation, alleging breach of contract, after Live Nation withdrew from a partnership to produce the Popped! Festival.

The lawsuit, filed on behalf of Popped! CEO Alexis Rosenzweig, names not only Live Nation but also two of the company's executives, Geoff Gordon and Jim Sutcliffe, who the suit alleges committed tortious interference when they worked to prevent the band The Roots from appearing at the Popped! festival in 2008.

Live Nation had come aboard for the event in October and worked closely with Popped! to produce the event up until March, when they informed Popped! that they were pulling out of the event, citing unspecified "Roadblocks" Conor Corcoran, an attorney representing Popped! told CelebrityAccess.

The loss of Live Nation's support proved to be devastating for the event, and attendance this year was well below expectations, Corcoran said.

Corcoran also noted that Live Nation competitor AEG had been initially brought aboard as a partner and helped to produce the event in 2008 but that the partnership was amicably disolved after the event, citing creative differences.

Representatives from Live Nation declined to respond to a request for comment on the lawsuit. – CelebrityAccess Staff Writers