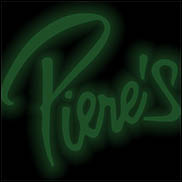 FORT WAYNE, Ind. (CelebrityAccess) — Popular Fort Wayne nightclub Piere's Entertainment Center, which bills itself as the largest nightclub in the Midwest, abruptly closed, stating that it is under new management.

According to local ABC affiliate WPTA, a note posted on the venue's door said:

"Piere's will be temporarily closed for renovations under new management. Please check back with us soon to see what we have in store for the future! For questions regarding concerts or Ticketmaster tickets, please contact Ticketmaster at (800) 856-7835."

Upcoming shows at the venue have been cancelled as well, according to the venue's Ticketmaster page. Affected shows include In the Moment on August 20th; Blind Guardian on Sept. 24; Chevelle on Oct. 2 and Skillet on Oct. 6.

While there has been no word about who the venue's owners are, Marketplace of Canterbury, the shopping complex where Piere's was located, was put up for auction in April. According to WANE-TV, the property had fallen into disrepair in recent years.

“Mr. Liddell passed away in 2013, which left the heirs of his estate responsible for the center,” Brandon Steffen of auctioneer The Steffen Group said. “The heirs do not have that strong guiding hand of Stan Liddell from the past and I think this is a great reason that we’re taking the property to auction. It’s a great opportunity for new management to step into place to make needed improvements to the property to give it a fresh start.” – Staff Writers