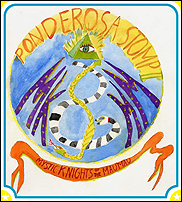 NEW ORLEANS (CelebrityAccess MediaWire) — Ponderosa Stomp, the annual New Orleans roots music romp that draws music fans from all over the world, will find a temporary home in Memphis in 2006. The festival will take place May 9th and 10th at the city’s multi-level Gibson Factory.

Tickets for the event, available at www.ponderosastomp.com, cost $40 per night, with music starting at 5 p.m. and running until at least 2 a.m.

According to Ponderosa Stomp promoter Dr. Ike, a full-time resident of New Orleans, “New Orleans and Gulf Coast musicians have played a major role in the development of American music. Without them, such musical forms as jazz, blues, R&B, rock’n’roll, Zydeco and Cajun music would not exist as we know them. Katrina and Rita have greatly affected the ability of these musicians to make a living and continue the rich traditions of Louisiana music. The Mystic Knights of the Mau Mau seek to raise money to help out the musicians so they can keep the New Orleans tradition alive.”

The internationally renowned Ponderosa Stomp exists to celebrate, pay tribute to, and teach the cultural significance of the unsung heroes and heroines of rock ’n’ roll, rhythm & blues and other forms of American roots music while they are still alive. The Stomp festival and its year-round activities provide both a voice and career revival to overlooked sidemen, session musicians and other influential pioneers whose contributions have shaped American culture for over 50 years.