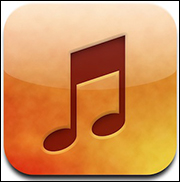 (Hypebot) – History tells us that Apple doesn’t tend to over promise and under deliver. We also know from experience that Apple’s relationship with the music industry is fundamentally different to its tech giant counterpart Google.


The bloody and attritional battle that the independent music sector fought with Google last year over new streaming contracts, which saw Google threatening to remove independent music assets from its YouTube platform, perfectly illustrated the different approaches that these two companies take to negotiation. Google’s confrontational ‘take it or leave it’ offer in that debacle contrasted markedly with Apple’s longstanding efforts to collaborate and engage with what it sees as key partners.


This is why, despite some very valid concerns within the independent music community about the somewhat opaque Apple Music contract and some of unpalatable details within it, I remain confident that in the long-term the launch of Apple Music will turn out to be a huge opportunity rather than a threat to our business.


It would be a real shame therefore if the media coverage on Apple Music over the next few weeks focused solely on the battle over fair terms for independent labels and artists. This would not tell the whole story.


Already the focus over the last few days has switched from the actual service offering and its game changing potential to being solely about independent rights holders not being fairly compensated for the 3-month free trial period being offered to new Apple Music subscribers.


This is of course a hugely important point for the independent sector. The problem with this giveaway is that although it could be very effective in migrating a huge number of music fans to a new global streaming service, Apple is proposing not to pay the rights holders any royalties during that 3-month window. In other words, Apple is asking the independent sector to pay its customer acquisition costs at launch. Not only is this unreasonable it could be very damaging to independent music companies releasing frontline albums during this period and could see a critical decrease in income. This is clearly not fair and we should and will seek clarity and resolution on this point.


On the same point it is also difficult to believe that the major record corporations would not have been compensated in some way for this 3-month free trial offer. I am sure though that, as with every NDA’ed agreement nowadays, we will find out what exactly has been agreed through a leaked contract or document at some stage.


Either way, regardless of what the majors may have agreed, the questions remains: why should anyone give their music away for free for someone else to use it to build a business by selling their services or devices (and in this case both)?


And alongside that issue there are a number of other questions being asked at the moment, which is to be expected. With so many smart thinking and commercially savvy entrepreneurs within the independent music community it is no surprise that the sector thrives because of its ‘question everything’ approach.


So if anything, with the launch almost upon us, my slight disappointment is that Apple hasn’t given itself enough time to answer these questions, to engage with individual rights holders and their representative trade associations and to reassure us that its commercial intentions are sound.


However, I am an optimist and I believe that with clear thinking and collaboration we will get over this initial hurdle together and enter an optimistic and rewarding new era for the music industry


I am excited about the opportunities Apple Music will be able to offer an independent and international company like [PIAS]. We have always believed in and thrived on the co-existence of different formats both physical and digital as well as a healthy choice of retailers offering that music around the world.


Apple Music will broaden our global reach and in doing so will help the mass market adoption of legal streaming by music fans in both established and emerging markets around the world.


Markets such as China. With over 60 million iPhones sold in the last quarter alone China has just been added as a territory in iTunes connect, a sign perhaps that it will be one of the key markets where Apple Music will focus their efforts at launch.


There have also been debates about whether streaming becoming the default choice of music fans will have a negative effect on independent music as the focus could become more and more about global pop hits.


The impressive growth of Spotify so far has only had a positive effect on the music and labels [PIAS] represents, not only for big selling, mainstream artists but also the more niche repertoire. As recent reports have shown, the increasing market share that independents represent around the world is outperformed in Spotify playlists. This has helped its subscribers, freemium or premium, to discover new music, a lot of which comes from the great independent labels we work with and who represent the whole spectrum of musical diversity from global superstars to more specialist, niche artists.


Apple has said that it’s playlists will be curated by ‘the most talented music experts from around the world’. I am encouraged by the creative personnel they have brought in so far and am confident that independent music will feature heavily in these plans. The involvement of people like Zane Lowe and Trent Reznor suggests that Apple Music is going to rely heavily on music from independent labels and artists to appeal to music fans.


And if they don’t Spotify will have an easier job growing its audience. Either way, having played a huge role in pioneering streaming music to the mainstream, I believe that Spotify and others, whilst certainly facing stiff competition from Apple Music will ultimately benefit from the awareness of streaming that Apple will create among mass-market music consumers.


I think all of the existing streaming services will continue to build their businesses with further reach, profitability and increased pay-outs to rights owners. More and stronger competition will be a good thing for the market overall as long as there is an equitable return for rights owners and a fair deal for the creators of the music.


So I truly hope that the negotiation about a fair deal for independents is not going to take too much away from positive elements of Apple Music. Let’s hope that Apple’s track record of collaboration and fair negotiation with the independent music sector holds firm, that sense prevails and that we can all get on with supporting what should be a fantastic new service for the global music industry.