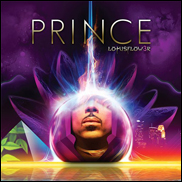 LOS ANGELES (CelebrityAccess MediaWire) — The Purple One is set to perform an unprecedented three concerts in three completely separate venues all in one evening at AEG's L.A. Live complex in Downtown Los Angeles on March 28th. The three performances will take place at the Nokia Theatre, Club Nokia and the Conga Room.

Prince will be performing in support of the launch of his new website LotusFlow3r.com on March 24th and the upcoming release of his three new studio albums, LOtUSFLOW3r, MPLSoUND and Elixer, a collaboration with his new protégé Bria Valente. Prince will be offering the three albums on his website, but beyond that, Prince has an exclusive deal with Target and fans will need to hit up retailer's s brick and mortar locations or website to pick up a copy of the album.

LotusFlow3r.com will be a fan-oriented website and offer exclusive content including digital downloads, concert tickets; sneak peaks at upcoming events; live concert footage; exclusive imagery from past albums and other exclusive photos for an annual membership fee of $77. – CelebrityAccess Staff Writers