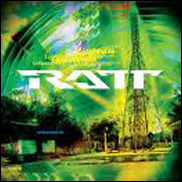 The band is celebrating the April 2010 release of Infestation, the band’s first album in eleven years which debuted high on European territories’ charts.

Ratt is looking into rescheduling as many of the cancelled shows as possible.

According to the band’s website, “Pearcy's doctors anticipate a full recovery in time for Ratt’s North American touring schedule, which includes a run with The Scorpions, beginning in July and running through September.”