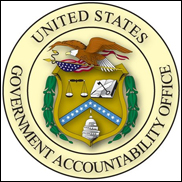 WASHINGTON DC (Hypebot) – A US study says the Performance Rights Act could shutter some radio stations and help labels invest in artists.

A new U.S. Government Accountability Office study which surveyed "stakeholders" predictably concludes that some that the proposed Performance Rights Act, requiring broadcast radio to pay performance royalties, might force some stations to make "adjustments… such as reducing staff levels, switching to a non-music format, and ceasing operation."

The study also concludes that the bill could help record labels by providing a major new revenue stream and that they could "use the additional revenue to invest more heavily in the creative process of music."

Highlights of the GAO study:

"According to industry stakeholders, both the recording and the broadcast radio industries face economic challenges. Digital technology and piracy have decreased the sale of records, the recording industry’s main source of revenue. Economic conditions and the fragmentation of listeners among newer media platforms, such as the Internet and mobile devices, have reduced advertising sales, broadcast radio’s primary revenue source."

"The proposed act would result in additional costs for broadcast radio stations. Costs from performance royalties would vary based on whether the station broadcasts music and its gross annual revenue. Stations may also face administrative costs from record-keeping and playlist reporting requirements as well. According to broadcast industry stakeholders, some radio stations that are unable to adjust to these new costs may reduce staffing levels; change from music to non-music programming, such as news, talk, or sports; or discontinue operations."

"We provided a draft of this report to FCC and the Library of Congress. In its letter, FCC emphasized the financial difficulties in the broadcast radio industry."