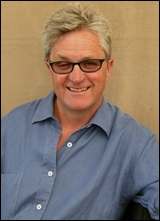 Speaking to BBC Radio 1 Newsbeat, Melvin Benn has said that he has planned for every eventuality and insists that no festival goer in the world is safer than those at Reading and Leeds.

Asked about how he believes the festival would cope if the sort of freak weather that caused the tragic accident that occurred at Belgian festival Pukkelpop last week, Benn replied:

If we had something similar [to Pukkelpop] I know what actions I would take in order to make sure people were safe. I have to table top exercises with the emergency services about the actions I would take in the event of all of those things. Believe me, there is no scenario of an eventuality that I have not looked at, including freak storms.

I know how I would deal with it to ensure peoples' safety. The level of effort over safety is immense. It's the thing which keeps me awake at night.

It's difficult to comment how freakish the weather was. Whether the weather was with or without warning. It's virtually impossible to deal with things that are of that intensity without warning. Here in the UK, I would like to think, and certainly history has always suggested, that we've always had warning and that we're able to prepare.

The UK has an exemplary record in terms of safety at festivals. The festivals are all governed by very strict licensing. There has to be sign off of everything.

Both legs of the festival are set for a wet weekend, with showers predicted for both sites across the three-day event.