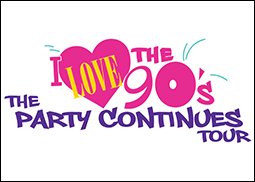 NEW YORK (CelebrityAccess) — The promoter behind a '90s legacy act package show is suing Ticketmaster, claiming the ticketing giant damaged the tour's ticket sales by only showing customers the highest priced tickets in some markets.

According to a report in Amplify, attorneys for Universal Attractions Agency filed the lawsuit over the I Love the 90s: The Party Continues tour, which features a collection of stars from the 1990s such as TLC, Naughty By Nature, Biz Markie and C+C Music Factory. UAA's attorneys claim that the pricing error was intentional and done to hurt the bottom line of the tour, Amplify said.

Included in the legal filing from UAA was a letter from Nederlander Concerts CEO Alex Hodges over the cancellation of a July 16 show from the tour. In the letter, Hodges said that the show was “irreparably damaged" by the pricing issues on Ticketmaster.

“Ticketmaster’s new format was the cause of this foiled launch,” Hodges wrote, per Amplify. “The ‘conversion’ of 1.3 percent is really bad, awful and is considerably less than last year’s 5.62 percent conversion rate. While we continued with the marketing campaign even after the immediate recognition that the problem was a disaster, it made no difference. There is no recovery for this show! The market is remote and small and this show is dead.”

Reps for Ticketmaster refuted the allegations, claiming that the lawsuit was an attempt to find a scapegoat for a poorly performing show.

“(Ticketmaster) has every incentive to sell as many tickets as possible,” an attorney for Ticketmaster wrote in a court filing obtained by Amplify. “The notion that (Ticketmaster) would purposely sabotage their own ticket sales defies common sense.”