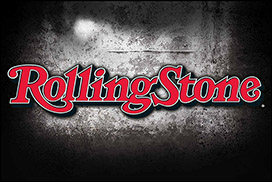 NEW YORK (CelebrityAccess) — After announcing that the publication was for sale, the iconic music magazine Rolling Stone learned that it still faces litigation over a now retracted story about a gang rape at the University of Virginia that proved to be fabricated.

According to the New York Times, a judge for the United States Court of Appeals for the Second Circuit in Manhattan ruled on Tuesday that a lower court had improperly dismissed a a defamation lawsuit filed by three former members of the fraternity that was the focus of Rolling Stone's erroneous 2014 article.

The article, titled "A Rape on Campus", by Sabrina Erdely that was published in the December 2014 issue of that magazine, alleged hat seven members of Phi Kappa Psi at the University of Virginia gang-raped a student at that fraternity house on September 28, 2012. However, a subsequent review by the Columbia University School of Journalism concluded that Erdely had failed to follow "basic, even routine journalistic practice."

While the article was eventually retracted by Rolling Stone, the damage was done and the publication was hit with three defamation lawsuits, two of which were settled for millions in damages.

In a statement on Tuesday, Rolling Stone said, “We are disappointed with the Second Circuit’s ruling today, but are confident that this case has no merit.”