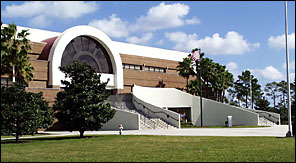 Operated by Global Spectrum, the 5,300 capacity arena serves as a home to the University of Central Florida's Men's and Women's basketball programs, as well as concerts, family shows and other attractions for the Central Florida area.

Preceding his time with Global Spectrum, Rideout worked for the Family Circle Tennis Center in Charleston, SC as the Operations Coordinator. He was responsible for overseeing the operations for a 17-court tennis complex with a 10,000 seat outdoor stadium that hosted major women’s tennis tournaments, as well as concerts and other non-tennis events. Rideout also worked for the Brevard County Manatees in 2005, the minor league baseball team in Melbourne, FL.

"Ron brings a tremendous amount of operations and event management experience to the UCF Arena, which is crucial as we move into another busy season," said UCF Arena General Manager Lexie Boone. "We will look to Ron for his vast experience and knowledge in arena management to help us to continue to be successful at UCF." – CelebrityAccess Staff Writers