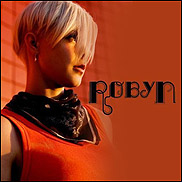 LONDON (CelebrityAccess MediaWire) — Swedish popstar Robyn has been selected to appear as Madonna's support act for the singer's European tour dates throughout August and September.

The two shared a bill recently at Radio 1's Big Weekend in Kent, England, the BBC reported. At the Big Weekend, Robyn's performance caused a stir when she appeared on stage with a band dressed as toy soldiers.

Robyn's 2007 single "With Every Heartbeat" hit #1 last year on the UK Singles chart and peaked #4 on the US Hot Singles Billboard chart.

"I'm very excited about sharing a stage with her." Robyn told the BBC.