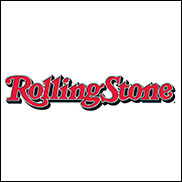 RICHMOND, VA (CelebrityAccess) — A Virginia jury has found Sabrina Erdely, the author of Rolling Stone's since debunked 2014 story "A Rape on Campus," was liable on defamation charges.

According to the Washington Post, the jury found Erdely liable on 6 different charges, and Rolling Stone and its publisher, Wenner Media, liable on three defamation charges.

The $7.5 million lawsuit centered on Erdely’s article titled “A Rape on Campus.” The article detailed a graphic account of a shocking fraternity gang rape and the subsequent reaction to the alleged event by the university and its administrators. Within days of its publication, however, the story began to unravel under scrutiny and the story was eventually retracted by Rolling Stone.

Following the retraction of the story, Erdely and Rolling Stone were sued by University of Virginia administrator Nicole Eramo, who claimed that the article unfairly presented her as callous and disinterested about the rape allegations.

The case continues this week as the jury considers damages. Eramo initially was seeking 7.5 million through the suit but can ask for a different sum following the verdict.

Following the verdict, Rolling Stone apologized to Eramo and released the following statement:

For almost 50 years, Rolling Stone has aimed to produce journalism with the highest reporting and ethical standards, and with a strong humanistic point of view. When we published 'A Rape on Campus' in 2014, we were attempting to tackle the very serious and complex topic of sexual assault on college campuses, a subject that is more relevant today than ever. In our desire to present this complicated issue from the perspective of a survivor, we overlooked reporting paths and made journalistic mistakes that we are committed to never making again. We deeply regret these missteps and sincerely apologize to anyone hurt by them, including Ms. Eramo. It is our deep hope that our failings do not deflect from the pervasive issues discussed in the piece, and that reporting on sexual assault cases ultimately results in campus policies that better protect our students. We will continue to publish stories that shine a light on the defining social, political and cultural issues of our times, and we will continue to seek the truth in every story we publish. – Staff Writers