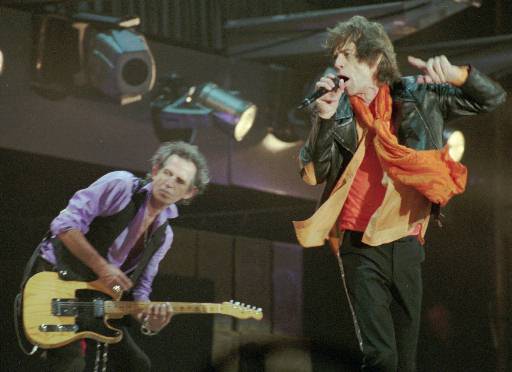 After months of speculation, it now appears the Rolling Stones will celebrate their upcoming 40th anniversary with a world tour. There are no details about the tour's production, but on past tours, the group has opted for full-blown extravaganzas.

Earlier reported riffs between Mick Jagger and Keith Richards seem to have been mended, with Richards' unannounced appearance with Jagger on stage at the Oct. 20 benefit concert, Concert for New York City.

In other news, Jagger's one-hour documentary, "Being Mick," showing behind-the-scenes footage from the making of his new album Goddess in the Doorway, will air on ABC Thanksgiving night and also features Pete Townshend, Bono, Lenny Kravitz and Wyclef Jean, all of whom made guest appearances on the album.