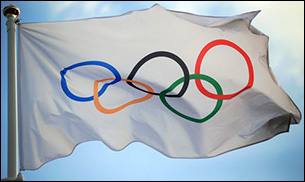 ROME, Italy (CelebrityAccess) — Rome has become the latest in a growing list of cities to abandon their Olympic aspirations after it announced that it was dropping its bid to host the 2024 Summer Games.

The news came after the city council voted to oppose their candidacy, with committee chief Giovanni Malago announcing the decision, Reuters reported.

Malago seemed disheartened by the news, suggesting that the withdrawal cast Italy in a poor light in the international community.

"Today I wrote a letter to the International Olympic Committee in which we have broken off our candidature for the Olympic Games in 2024," Malago told a news conference. "Do you realize what fools we have made of ourselves at an international level?"

Rome is the latest in a string of cities to pull away from hosting the games. Recently, Hamburg, Stockholm, Oslo, and Krakow, have all pulled out of planned bids to host upcoming Olympic games, citing budget concerns.

Olympic host city are obliged to lay out enormous sums of taxpayer money to build venues and housing for both Olympians and visitors, and to provide security for the games. While tourism and the attendant construction boom that comes with getting ready for the games is often touted as an economic windfall for the host city, that rarely seems to play out as advertised.

While the first modern Games, held in Athens in 1896, only cost $448,000 to stage, the cost of hosting the games in recent years has ballooned to staggering proportions. London's 2012 Summer Games experience set them back more than $14 billion and the 2014 Winter Olympics in Sochi, Russia, cost a staggering $51 billion.

Montreal, which hosted the Summer Games in 1976, is the poster child of the failure of the Olympic financial dream. Cost overruns left the city $1.5 billion in debt that was not paid off until 2006, and the city saddled with little-used Olympic venues such as the stadium known as the Big O (Or the Big Owe to the locals.)

"The games overrun with 100% consistency. No other type of mega project is this consistent regarding cost overrun," researchers with Oxford's Saïd Business School wrote in 2013 academic paper on the economic utility of the Games. "Other project types are typically on budget from time to time, but not the Olympics."

"The data thus show that for a city and nation to decide to host the Olympic Games is to take on one of the most financially risky type of megaproject that exists, something that many cities and nations have learned to their peril," the authors of the study continued.

At present, only Budapest, Paris and Los Angeles are still in the running for the 2024 Summer Games and Beijing somehow managed to best its only remaining rival the Kazakh city of Almaty to host the 2022 Winter Games. – Staff Writers