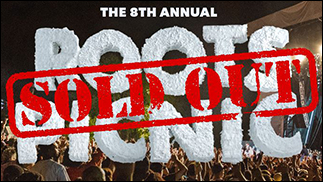 PHILADELPHIA (CelebrityAccess) — The Roots are reporting that ticket sales for the 8th annual Roots Picnic are the best in the events history. The festival, which is sold out, will take place at Festival Pier in Philadelphia on May 30th.

“This year is our best year for ticket sales thus far, and this is going to be the largest that we’ve ever been in the past 8 years as far as expansion. But I feel like pretty soon, we may be growing out of the festival here in Philadelphia. Because we’re close to capacity now,” The Roots frontman Tariq Trotter told The Huffington Post.

This year's festival has a lineup that includes, unsurprisingly, The Roots, as well as Erykah Badu, The Weeknd, A$AP Rocky, electronic rock duo Phantogram and Afrika Bambaataa among others.

Roots manager Shawn Gee credited the group's stint as the house band for "The Tonight Show" as a driver for ticket sales.

“We toured the world for countless years and played these multi-act, multi-genre festivals and wanted to provide that same experience for our hometown fan base,” Gee told the Huffington Post “I think we've delivered on that goal and now the Roots Picnic brand itself means something, regardless of the talent that we book.” – Staff Writers