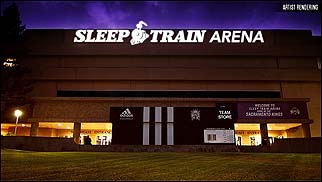 SACRAMENTO (CelebrityAccess MediaWire) — The Sacramento Kings have signed a deal with a new naming rights partner that will see their home arena renamed to the Sleep Train Arena.

While the terms of the deal were not disclosed, The Sacramento Business Journal reported that the 2011 transition from the ARCO to Power Balance branding likely cost nearly a million dollars. The Journal also reported that the previous naming rights deal with oil company ARCO, was worth $750,000 a year for a 25-year term.

Originally known as the ARCO Arena, the Kings signed a naming rights deal with sport wristband manufacturer Power Balance that saw the arena renamed to the Power Balance Pavilion on March 1st, 2011. However, Power Balance filed for bankruptcy protection in November, 2011, in the wake of a number of lawsuits against the company alleging fraud and false advertising.

"On behalf of the entire Sacramento Kings organization, we are thrilled to partner with Sleep Train," Matina Kolokotronis, president of business operations, said in a prepared statement. "We’re particularly excited to align with a locally owned company built on 27 years of customer satisfaction, a stellar reputation among consumers and business leaders and an unwavering commitment to community involvement."

Sleep Train is a major mattress and bedding retailer on the West Coast and also has naming rights deals for the Sleep Train Amphitheatre in Wheatland California and the Sleep Train Pavilion in Concord California; both operated by Live Nation – CelebrityAccess Staff Writers