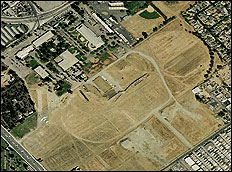 (CelebrityAccess MediaWire) — The legal dispute with San Jose that is holding up Santa Clara County’s plan to build a House of Blues-operated concert hall at its fairgrounds property may drag on through the spring or later, county officials said this week.

The approved but as-yet unbuilt venue is still financially viable, according to the officials, but they fear that the August 2004 lawsuit opposing the facility by San Jose may succeed in killing it by delay.

“The litigation by the city of San Jose continues to be problematic,” County Executive Peter Kutras Jr. told the board of supervisors on Tuesday, according to the San Jose Mercury News. “Their tactic appears to be delay in hopes that the project will become infeasible.”

The lawsuit alleges that a land-use pact with the county required the county to get city approval for any development that wasn’t strictly government, and that the privately operated House of Blues theater would not qualify for the exemption.

The county began its quest for a concert hall at the fairgrounds five year ago as part of a larger revitalization effort. The board of supervisors gave the go-ahead in May 2004, and approved bond financing that assures no risk to taxpayer funds in July and August that year.

The county succeeded in defeating another suit by the San Jose Downtown Association earlier this year, but will not be going to trial with the city until March. Even if the county wins, the city can appeal, according to Ravel.

The county has counter-sued on grounds that the city has also violated the land-use pact by reneging on promises to cooperate on redevelopment issues and to annex pockets of unincorporated land within its boundaries.

City and county officials met to discuss their dispute, but did not get any closer to a settlement.

According to the Mercury News, County Special Projects Director Patrick Love said in a memo to the board that construction material costs have not risen as fast as expected and that “the theater project remains viable for at least several more months in its current size and scope of 7,000 seats and approximately $66 million.” Beyond that, he added in the memo, the project could remain viable by reducing its size or offsetting rising costs with litigation damages. –by CelebrityAccess Staff Writers