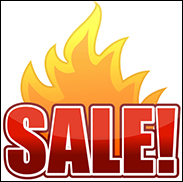 NEW YORK (Hypebot) – A day after CEO Bob Sillerman missed his deadline to buy back shares on SFX Entertainment and take the company private, the board finally issued a statement that did little to calm concerned investors.

More than 24 hours after CEO Bob Sillerman missed his deadline to buy back shares of SFXE and take the company private, the board issued a statement:


Sillerman continues to be interested in taking the Company private, said the board , either alone or with one or more strategic partners, but at a lower price than before given the Company’s shares have declined substantially from the $5.25 he originally offered.

In addition to asking for 2 more months, most troubling to investors is that neither Sillerman nor the Board offered a new target stock price for the cash strapped company.

"The October 2 date was chosen to allow potential bidders to have a look at SFXE's performance during its peak festival season. To facilitate offers during this period, “no-shop" restrictions under the merger agreement will no longer apply.