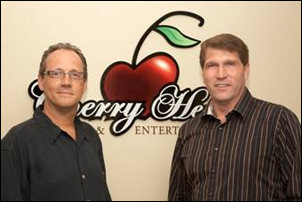 Kennedy comes to Cherry Heart from BMI, where he held the position of Director, Writer-Publisher Relations since 2005. Prior to BMI, he was A&R Director at Lyric Street Records, where he played an instrumental role in the development of the label’s artist roster by finding their first platinum act, SHeDAISY, and providing A&R direction for the roster which included Rascal Flatts, Aaron Tippin and others. Kennedy also spent ten years at ASCAP as Director of Membership, where he presented Alan Jackson to Tim DuBois, contributing greatly to the success of Arista Nashville. His credentials also include several years as a Song Plugger and numerous production, songwriting and studio background vocalist credits. An accomplished songwriter, Kennedy received an ASCAP Most Performed Country Song Award for writing and publishing Reba’s hit song I’m A Survivor. The title track on the country superstars’ Greatest Hits Volume III album, I’m A Survivor was the theme song for the WB sitcom “REBA” and was also featured in Whirlpool’s national advertising campaign with Habitat for Humanity.

The youngest son of musician/producer Jerry Kennedy, Shelby grew up surrounded by country music and the great artists who created it. He graduated from Belmont University with a BBA majoring in Music Business in 1985 and just eleven years later was awarded the schools’ first Mike Curb School of Music Business Award of Excellence. –by CelebrityAccess Staff Writers