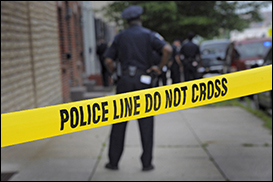 According to Reuters, authorities believe that there were multiple shooters in the attack, which took place shortly after 1 a.m. in Cameo Nightclub in the suburbs of Cincinnati.

Authorities have not made any arrest connected to the shootings but do not believe that terrorism was a motive for the shooting. Cincinnati police chief Eliot Isaac said during a press conference that the shootings appear to have devolved from a dispute inside of the bar earlier in the evening.

The man who was killed was identified by authorities as 27-year-old O'Bryan Spikes. Two of the wounded remained in critical condition while other victims remained in stable condition at area medical facilities, or had been released, Retuers said.

The club, a large single-story structure, is a 7-mile (11 km) drive from downtown Cincinnati and has a history of gun violence, including two shootings in 2015, according to a statement released by City Manager Harry Black.

“On behalf of the Cameo Nightclub family and staff, I want to express how deeply saddened we are by this senseless shooting. Our goal is and has always been to provide a safe environment for our patrons.

We extend our condolences to Obryan Spikes and his family as well as all affected patrons and their families.

We will do everything in our power to cooperate and make sure the monsters that did this are caught and brought to justice.