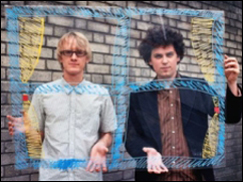 NEW YORK (VIP NEWS) — Simian Mobile Disco have announced a US tour in support of their second album, due out next month.


The record, entitled ‘Temporary Pleasure’, will be released on September 15 and is the follow-up to their debut ‘Attack Decay Sustain Release’.