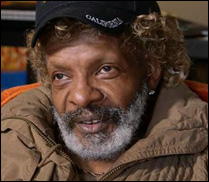 The singer claimed his former manager, Gerald Goldstein, and lawyer, Glenn Stone, had cheated him out of earnings dating back more than 20 years.

"They wanted to punch this poor guy in the face," Stone`s defence lawyer, Nicholas Hornberger, said after the verdict.

The 71-year-old is famous for hits like Dance to the Music and Everyday People.

The singer first brought action against Mr Goldstein and Mr Stone, along with their affiliated entertainment company, Even St Productions in 2010.

The jury decided in the musician`s favour on Tuesday after two days of deliberation.

Mr Hornberger said the jury would have been justified in awarding even more money.

"The case illustrated how many artists in the music business, as well as the film industry, are victimised by the people who they trust to look after their interests," he said.

The jury awarded $2.5m in damages against Even St Productions, $2.45m against Mr Goldstein and $50,000 against Mr Stone.

The singer had claimed he did not receive any royalty payments between 1989 and 2000, and alleged his former manager diverted the money to live a lavish lifestyle.

Defending lawyer Gregory Bodell contended the musician received as much as $9m, but broke a 1988 agreement to make new records as part of a plan to revitalise the singer`s career.

"We are very disappointed with the jury verdict. We believe the evidence does not support the number they came up with," Mr Bodell said.

"We believe the jury got it completely wrong."

Stone was the frontman for the 1960s funk group Sly and the Family Stone, who were considered pioneers of the genre.