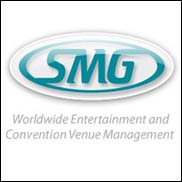 RICHMOND, VA (CelebrityAccess MediaWire) — SMG President and CEO Wes Westley is proud to announce that the Richmond Performing Arts Center (RPAC) has voted unanimously to grant a venue management contract to SMG for the Landmark Theater and the Richmond CenterStage project, which encompasses the Carpenter Center. “RPAC is pleased to engage SMG and we are confident SMG's talent and experience will greatly assist us in the execution of our responsibilities to operate the Landmark and Richmond CenterStage theaters in the best interest of the community.” said Joe Farrell, RPAC Chair.

SMG, the Philadelphia based facility management company has managed the Richmond Coliseum since 1985. SMG has assumed management responsibilities for the Landmark Theater and will play a role in the development and preparation of the new downtown Richmond CenterStage project. "The 22 year partnership between SMG and the City of Richmond has been very successful. We look forward to continuing that success with RPAC and the many outstanding Richmond arts and community organizations. Our current Richmond management team's performance signifies their trust in SMG's management philosophy.” said Westley.

Located in downtown, the 3,565 seat Landmark Theater was built in 1926 by Shriners as their Acca Temple Shrine and was named “The Mosque.” The theater was later purchased by the City of Richmond in 1940 and it underwent a major renovation project in 1995 and was renamed the Landmark Theater.