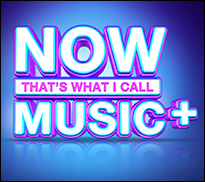 (Hypebot) – Sony and Universal Music have quietly teamed to launch their own budget streaming music service. Extending the popular NOW music compilation brand, Now That's What I Call Music+ will offer streams of hit songs at a budget price.

For now, its only available in the UK, but "this may change in the near future," according to their site.

A Risky Move For The Labels

Its a somewhat risky move for the top two music groups, who may feel safe because of their size and resulting clout. But content suppliers getting into the supply chain business and competing with their own vendors stifles both competition and innovation.