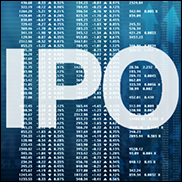 NEW YORK (Hypebot) – There's an ongoing debate in the music industry about fairness. How much should Spotify, Pandora and other digital services pay to use music? And how should the money be divided between performers, songwriters and record labels. One particularly contentious issue is the ownership that the major labels took in Spotify, in lieu of higher royalty payments.


During an earnings conference call Thursday, Warner Music Group CEO Steve Cooper went out of his way to say that his company would share any windfall CEO Steve Cooper if Spotify was sold or went public. “Today, we are confirming that in the event we do receive cash proceeds from the sale of these equity stakes, we will also share this revenue with our artists,” said Cooper.


Hours later, Sony made the same promise. "“As we have previously shared with our artists and their representatives, net proceeds realized by Sony Music from the monetization of equity interests that were provided to Sony Music as part of the consideration for a digital license will be shared with our artists on a basis consistent with our breakage policy,” the company said in a statement. Sony is fighting a lawsuit which claims that Spotify equity plus royalties is illegal double-dipping.


Is this a meaningful development for artists?


Not really, says analyst Mark Mulligan: "Warner is likely to only make around $200 million from a successful Spotify flotation… (but that ) represents just 16% of the money Warner has earned from streaming since 2010 and just 2% of all global streaming revenue in 2015 (at retail values). Thus the label equity stakes in Spotify & co. are meaningful but they are far from where the real label value exists."


The real revenue for artists, particularly long term, lies in the rate at which they are compensated for streams.