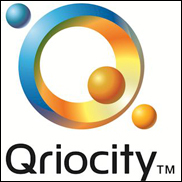 LONDON (CelebrityAccess MediaWire) — Sony hopes to challenge Apple's share of the digital music market by launching Qriocity, a video and music streaming service, before the end of this year, according to London’s Telegraph.

The program is scheduled to be released in five European countries including Britain this autumn, and will eventually deliver video, music, games and e-books for use on Sony devices including TVs, the PlayStation 3 and Vaio computers.

It will compete directly with iTunes, while it is rumored that Amazon is working on an online TV on-demand service.

Launching its product in Berlin at the IFA consumer electronics conference on Wednesday, Sony said it would build on the experience of the PlayStation Network, its online games platform which has more than 40 million users, according to London’s Telegraph.

Fujio Nishida, head of Sony's Networked Products & Services Group, said users would be able to transfer the music they download across any platform including smart phones, according to London’s Telegraph. –by CelebrityAccess Staff Writers