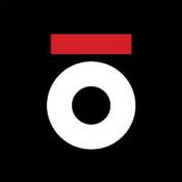 GIG VIDEO (Hypebot) –
Soundhalo is a brand new service for taking live concert video recordings and transforming them into mixed single song videos for immediate sale. It's an interesting hybrid that's currently being offered as an Android app that allows purchases during the live show. DRM-free concert files are then available for viewing on any device. Sounds like a potential winner on impulse buys if Soundhalo can pull off some formidable challenges.

Chris Welch, writing for The Verge, described the process:

"Minutes after a song's conclusion, a production team pairs video with audio pulled directly from the soundboard. Everything's properly mastered before the final product is uploaded to the cloud, so you won't have to worry about dealing with a harsh audio mix."

My understanding is that audio/video will be provided via the band and venue. Soundhalo will quickly turn the individual videos around and fans can preview the videos via their smartphones and decide to purchase them individually.

Alt-J's songs went for around $1.50 each with the whole 16-song set being purchased for $9.00. Apparently the service automatically provides the whole set when you purchase enough individual tracks to cover the full-set price.

Nick Hide at CNET UK had some concerns about the scalability of Soundhalo:

"'The Soundhalo production team take video and audio feeds directly from the venue,' the startup explains, 'and utilising the fastest broadcast connectivity, delivers those files to the Soundhalo studio where mixing, mastering and grading take place by the expert ears and eyes of world class mastering engineers.'"

Without some kind of algorithmic solution, making each individual track quickly available seems really difficult. And the mobile app description does make it sound quick:

"Soundhalo is an evolutionary new platform that allows music lovers to buy, share and own artist endorsed live video and audio recordings as it happens. Fans can now purchase and download the actual performance as it unfolds, whether they are at the gig or on the other side of the globe."

The focus on a mobile app is interesting given that you then download DRM-free MP4 files that can be viewed on any device. And you don't even have to be at the show if you have the app.

Soundhalo is launching with an emphasis on being closely tied to individual shows and the possibility of impulse buys during the show.

Beyond that it's a live video production and digital sales platform accessible via an Android app. So that emphasis makes quick turnaround particularly important in making the whole thing work. If they can pull that off, Soundhalo potentially becomes quite powerful.