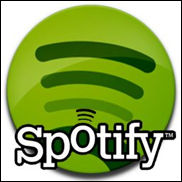 LONDON (Hypebot) – "So far I've not seen any cannibalisation," Spotify CEO Daniel EK tweeted this morning in response the noisey exit of Atoms for Peace – the band anchored by Thom Yorke, Nigel Godrich and Flea – from Spotify and other streaming music services, "So question should be – Why shouldn't you do streaming? Spotify also released an official statement:
"Spotify’s goal is to grow a service which people love, ultimately want to pay for, and which will provide the financial support to the music industry necessary to invest in new talent and music. We want to help artists connect with their fans, find new audiences, grow their fan base, and make a living from the music which we all love,”

“Right now we’re still in the first stages of a long-term project that’s already having a hugely positive effect on artists and new music. We’ve already paid $500m to rightsholders so far and by the end of 2013 this number will reach $1bn. Much of this money is being invested in nurturing new talent and producing new great music. We’re 100% committed to making Spotify the most artist-friendly music service possible and are constantly talking to artists and managers about how Spotify can help build their careers.”