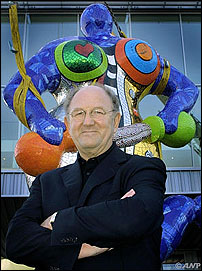 Six years ago, CIE opened the local entertainment market in Spain through its Spanish Daughter Company. Musical productions that have already been presented include: "Beauty and the Beast", "My Fair Lady" and "Rent" in Madrid; and "Notre Dame de Paris", "Gaudi" and "Rent" in Barcelona. Phantom of the Opera, CIE's most recent production, is now playing at Madrid's Lope de Vega Theater. Yearly patronage of theater in Madrid accounts for more than 3 million theatergoers.