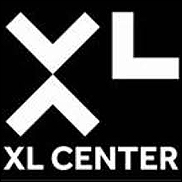 HARTFORD, CT (CelebrityAccess) — As the State of Connecticut grapples with a major budget shortfall, officials at the XL Center are faced with the prospect of patchwork repairs for the facility.

According to the Hartford Courant, The Capital Region Development Authority will seek about $3.5 million for repairs at the venue including replacing the ice-making system under the hockey rink; repairs to a broken elevator and upgrades to the 41-year-old arena's security system.

The Capital Region Development Authority had sought $250 million for a top-to-bottom renovation of the aging facility, with plans to add a concourse, increase the arena's premium seating offerings and modernize the concession and sanitary facilities, but funding for the project did not make it into the state's budget.

"We either have to rebuild this building for a 20- or 30-year run, or we have to make repairs to keep it going for as long as we can," Michael W. Freimuth, the authority's executive director, told the Courant.

Even the $3.5 million might be a bridge too far for state lawmakers this year and Rep. Christopher Davis, the ranking Republican on the legislature's finance, told the Courant that now isn't the time to consider such improvements, considering funding is being cut to social service programs, road improvements and school construction.

Davis noted that the only upgrade likely to be approved was the security system. The CRDA said that they expect sports leagues to soon require metal detectors at all fan entrances.

While the CRDA paints a bleak picture, the building has seen improvements in recent years. The state has invested $35 million in state-funded improvements at the XL arena over the last two years. The funding covered new interiors, a new fan club facing the arena and improved premium seating. As well, restrooms and locker rooms were upgraded and the HVAC system was upgraded and repaired, the Courant said.

The venue currently serves as a home to AHL team The Hartford Wolfpack and Connecticut Huskies, an NCAA basketball team. The venue is currently managed by Spectra. – Staff Writers