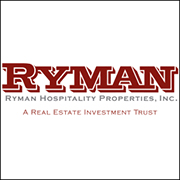 According to the Tennessean, Ryman Chairman and CEO Colin Reed told the paper that the company recently went under contract to purchase another downtown building where they plan to "put another form of entertainment." Reed declined to elaborate to the paper which building they had acquired, but described it as "a multi-million-dollar purchase."

“There will be two more public discussions we will have over the next six to eight weeks where we will lay out two more entertainment centers,” Reed told the Tennessean.

The news of the building's purchase comes after Ryman put the finishing touches on the renovations of the multipurpose venue Wildhorse Saloon in downtown Nashville, and just a year after the completion of a $14 million renovation of the Ryman Auditorium.

Reed also commented on the company's expansion plans outside of the Nashville market, pointing to the recent announcement of a music venue in New York's Time Square and suggesting that the venue would be a model for future expansions in other cities.

“It is our goal to do multi venues outside of Nashville, where we take the best of what we do in Nashville to these venues,” Reed told the Tennessean. “Again, the objective is all about using the out-of-Nashville venue strategy to attract the consumer who will be in very high traffic areas to Nashville. That’s what we like the idea of, and why we’re doing this.” – Staff Writers