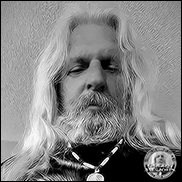 SEATTLE (CelebrityAccess) — Goldy McJohn, a Canadian keyboardist and a founding member of the band Steppenwolf, died on August 1st. He was 72.

"Our hearts weep as we announce the passing of Goldy McJohn, Founding Father of Steppenwolf. Goldy suffered a sudden and fatal heart attack the morning of August 1st, 2017. The family thanks all of those who have protected their privacy leading up to this announcement while they dealt with this unexpected loss."

Born John Raymond Goadsby, McJohn played in a number of bands around the Toronto area before helping to found Steppenwolf, including brief stints with The Sparrows, and the Mynah Birds, whose alumni also include Bruce Palmer, Rick James and Neil Young, who joined after McJohn's departure from the group.

In 1967, McJohn was one of the founding members of Steppenwolf and performed with the band through their early years, performing on the lion's share of Steppenwolf's studio albums, including their key hits such as "Born To Be Wild," "The Pusher," and "Magic Carpet Ride."

McJohn was released from the band in 1975 for what John Kay described as a decline in the quality of his performances, as well as erratic behavior.

McJohn also performed with Manbeast, a band he formed during a Steppenwolf hiatus in the early 1970s, as well as one of the configurations of the band Humble Pie.

More recently, McJohn had been living with his wife Sonja in Washington, where he pursued a solo career.

According to the Facebook post, McJohn had been an "active and enthusiastic mentor" for the charity Stand Up for the Music, working closely with HungryGenius managing partner, Anthony Spadaro and a new charity benefit for the organization had been announced just hours before McJohn's passing.

"Goldy’s next performance was to take place at a benefit concert honoring legendary drummer, Alvin Taylor, with good friends Terry Ilous, and Harold Brown among others. It is at the very core of his wife, Sonja’s beliefs that Goldy would have wanted this show to go on. This concert, in full agreement of all participating, will now also stand as a tribute to Goldy and the indelible mark he has left on the world of Rock and Roll and the lives of all those who knew and loved him," the Facebook post said.