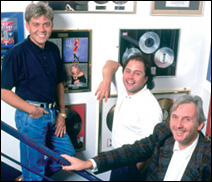 LONDON (VIP NEWS) — Steps, Jason Donovan, Sinitta and Sonia are among a host of Stock Aitken Waterman acts that will perform at a special reunion concert this summer.

The gig will bring together nearly all the artists who found fame on the PWL record label to mark its 25th anniversary.

Rick Astley, Bananarama, Pepsi and Shirlie and Brother Beyond will also feature on the line-up.

The concert will take place in London's Hyde Park on July 11.

Fans can also expect appearances from Dead or Alive, Princess, Hazell Dean, Sybil, Lonnie Gordon and 2 Unlimited, while the concert will be headlined by Steps.

Organizers said the gig would be a "celebration of the hit single" as the performing acts have between them sold 250 million singles.

They also said a "very special duet" which was last performed 23 years ago would form part of the show.

Jason Donovan and Kylie Minogue's hit Especially For You was a hit for the pair at the end of the 1980s.

More acts set to join the bill will be announced shortly, while some proceeds from ticket sales will be donated to Cancer Research UK.

Mike Stock, Matt Aitken and Pete Waterman are considered one of the most successful songwriting and producing partnerships of all time, scoring more than 100 UK top 40 hits during the 1980s and 1990s.

Waterman said: "I've been saying no for years to a Hit Factory concert but now, 25 years on, the timing feels right."